Promoting the health, safety, well-being, and contributions of children, adults, and families through research, service, education, training, and advocacy.

Read more about us

Support the crucial work of the Mark Chaffin Center for Healthy Development and help prevent and redress child maltreatment, reduce family violence, and improve the lives of persons with intellectual and developmental disabilities and their families. 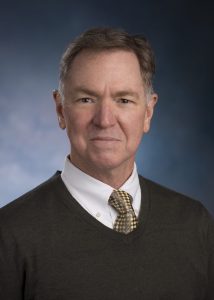 Mark Chaffin was a Professor in Health Promotion and Behavior for the School of Public Health. Previously he worked as a Professor of Pediatrics at the University of Oklahoma Health Sciences Center in Oklahoma City, where he directed research for the Section of Developmental and Behavioral Pediatrics and the Center on Child Abuse and Neglect. Dr. Chaffin was at OUHSC for 17 years, and previously was on faculty at the University of Arkansas for Medical Sciences. Dr. Chaffin was a psychologist by training and completed a fellowship in pediatric psychology before beginning his academic career. His practice, teaching, research and publications focused mainly on the development, adaptation and implementation of evidence-based service models in youth-serving prevention and social services systems, such as child welfare, juvenile justice, and early childhood developmental disabilities systems. He was a Fellow of the American Psychological Association, received a number of national awards for his research and publications, taught nationally and internationally, and served on a number of national advisory boards and review panels.